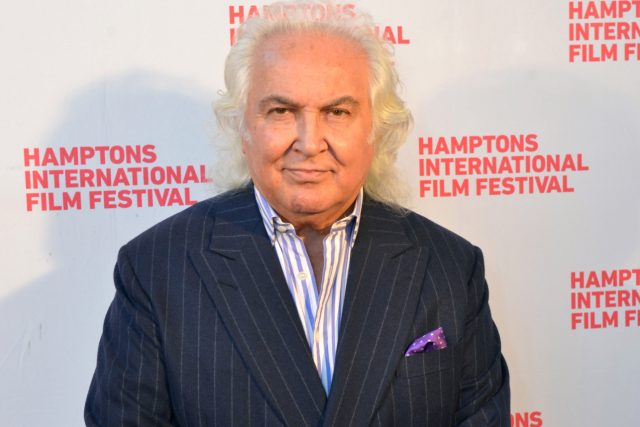 atgfx2019-05-06T10:13:38-04:00
A Manhattan art gallery owner who helped launch the careers of Keith Haring and Jean-Michel Basquiat is suing his former landlord for allegedly tricking him into signing a 15-year lease without telling him the MTA was about to start drilling for the No. 7 train extension. In his $20 million suit, Tony Shafrazi, whose clients include Donald Trump and Larry Silverstein, claims he inked a deal with the owner of 540-544 W. 26th St. in 2003 for $16,666.67 a month, The Post’s Julia Marsh reports.
Read more... 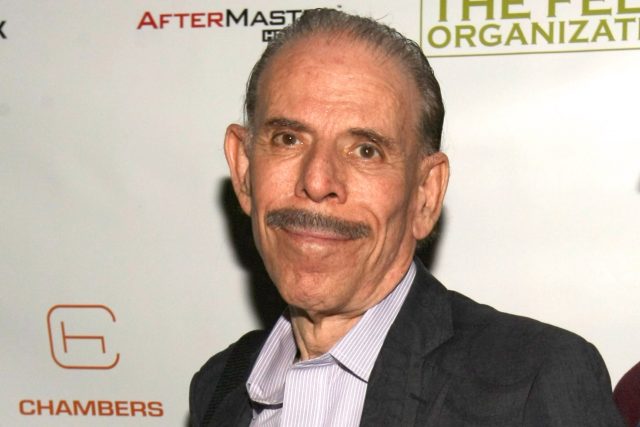 Peter Max slapped with lawsuit over sale of Corvette collection

atgfx2019-05-06T10:13:48-04:00
Famed Pop artist Peter Max is a scammer who cheated two New York men out of commissions on the sale of his storied Corvette collection and also swindled a New Jersey woman with artwork that was “ghost painted” for him, a new lawsuit charges. Jeff Wallner and Kenneth Simmons are suing the ‘60s psychedelic art icon and his agent Larry Moskowitz for $1 million, claiming Max asked them to sell off his trove of 36 Corvettes — one for each year between 1953 and 1989 — in exchange for a 10 percent commission they never got.
Read more... 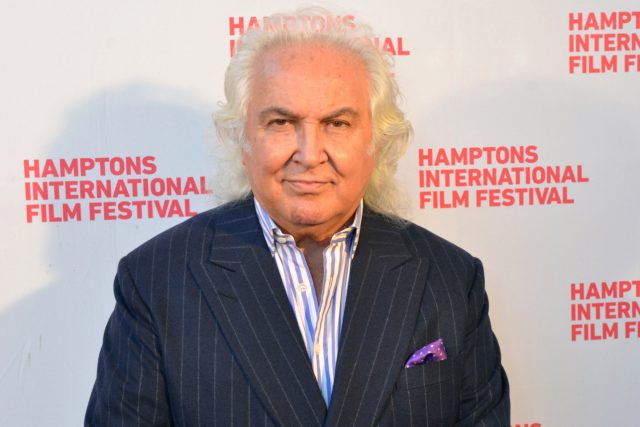 atgfx2019-05-06T10:14:06-04:00
Tony Shafrazi — the art dealer who discovered Jean-Michel Basquiat and nurtured the careers of Keith Haring and Kenny Scharf — is facing eviction from the Soho loft where he has lived for more than 20 years. But Shafrazi, 71, is fighting back. The dealer’s lawyer Robert Hantman filed suit for $8 million Friday in Manhattan Supreme Court accusing the landlord of fraud and breach of contract.
Read more... 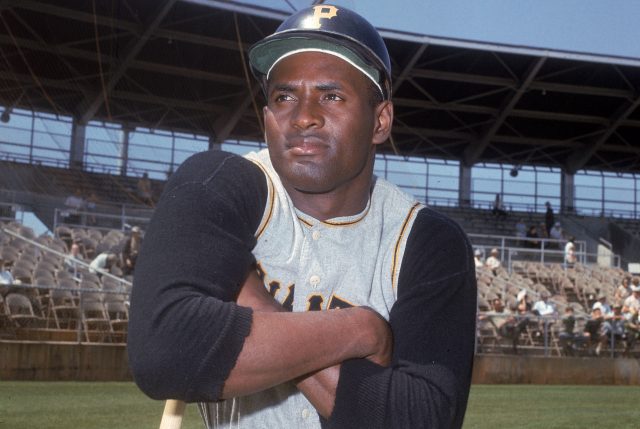 atgfx2019-05-06T10:14:20-04:00
A branding agent who’s worked with Derek Jeter and Miss America is suing the family of the late baseball great Roberto Clemente over almost $1 million in unpaid fees. Manhattan-based Wicked Cow Entertainment was hired in 2011 by Roberto’s son Luis to cash in on the Hall of Famer’s “name, likeness and image” according to the Manhattan Supreme Court suit.
Read more... 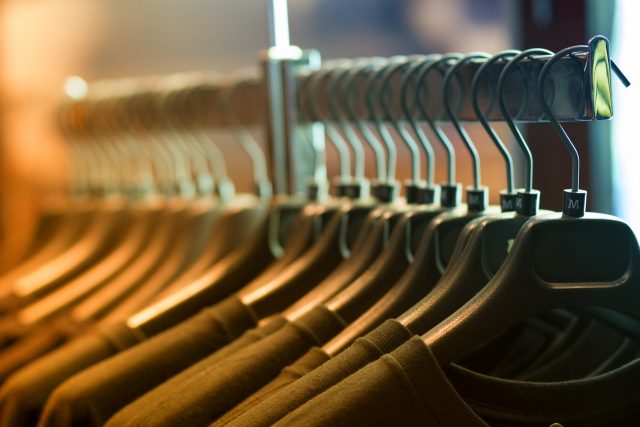 Agencies at war over ‘poached’ models 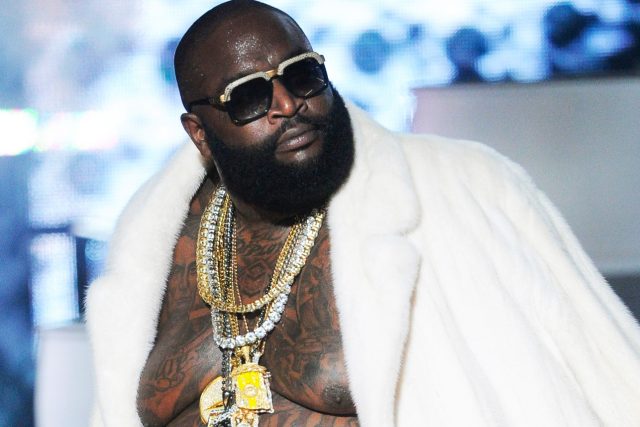 Rapper Rick Ross on the Run From Lawsuit

atgfx2019-05-06T10:14:47-04:00
During a promoter's attempt to find Rick Ross, a registered address for the rapper turned out to be a UPS store, lawyers claim. You would think it would be easy to find a 300-pound rapper covered head-to-toe in tattoos — but a concert promoter is complaining to a federal judge that Rick Ross elaborately ducked court papers for six months in a blockbuster lawsuit against him.
Read more... 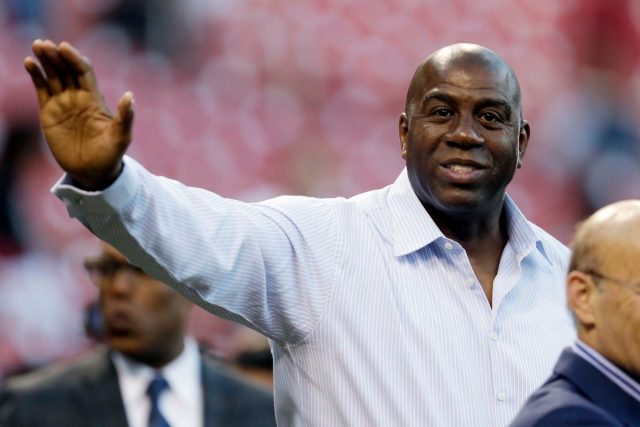 atgfx2019-05-06T10:15:00-04:00
A celebrity credit card promoted by NBA legend Magic Johnson — and backed by Goldman Sachs-turned-Hollywood movie mogul Steven Mnuchin’s OneWest Bank — has abruptly closed up shop after being sued for alleged trademark infringement, unfair competition and other charges by a competitor. Entrepreneur Reed Wallace of Celebrity Cards International filed suit against Johnson and OneWest last year in a David vs. Goliath legal case in which he alleged he had a deal with Johnson to market and sell a prepaid “Magic Cash Card,” but that Johnson then “turned around and stuck a knife in my back” by striking a deal to instead launch a similar card with OneWest.
Read more... 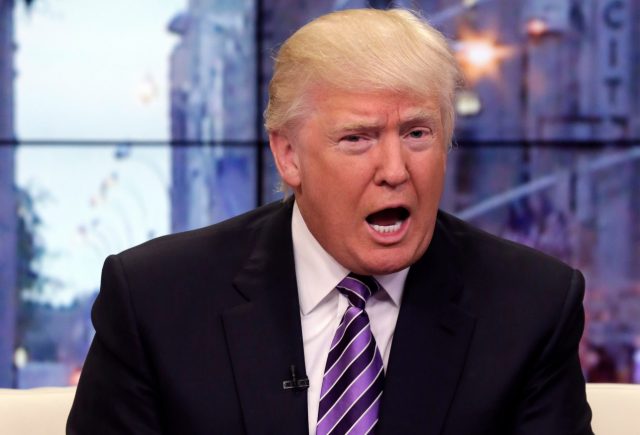 atgfx2020-08-10T08:46:10-04:00
George Soros’ ex-girlfriend flew into a rage and hit the billionaire before slapping Hollywood lawyer-to-the-stars Marty Singer in the face, knocking off his glasses, during a heated hearing in her $50 million lawsuit against the mogul. Court papers filed by Singer say Brazilian actress Adriana Ferreyr, who dated Soros for five years until 2011 and is suing him for allegedly reneging on a promise to buy her a $1.9 million apartment, screamed “f - - king a - - hole” at the mogul then lunged at the lawyers during Soros’ deposition at her attorney’s office.
Read more... 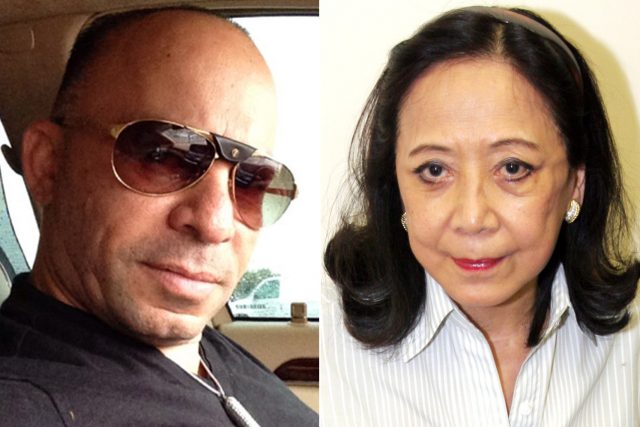 ‘Spy imposter‘ returns fire in suit over jewelry dealer’s will

atgfx2019-05-06T10:15:42-04:00
The Brighton Beach man accused of posing as a Mossad agent to woo an elderly jewelry mogul is fighting back — saying a suit filed against him is just sour grapes by the woman’s money­grabbing daughters. As The Post reported Monday, Yehuda “Oody” Sadok is accused in court papers of pretending to be a high-flying secret agent with ties to Vladmir Putin in order to impress late millionaire jewelry dealer Emilie Martin. Her daughters, Claudia ­Difabrizio and Sarah Lee Martin, have filed suit in Manhattan Surrogate’s Court to overturn their mother’s will and claim in the filing that Sadok was trying to con Emilie out of $20 million, and when they warned her, she cut them out of her inheritance.
Read more... 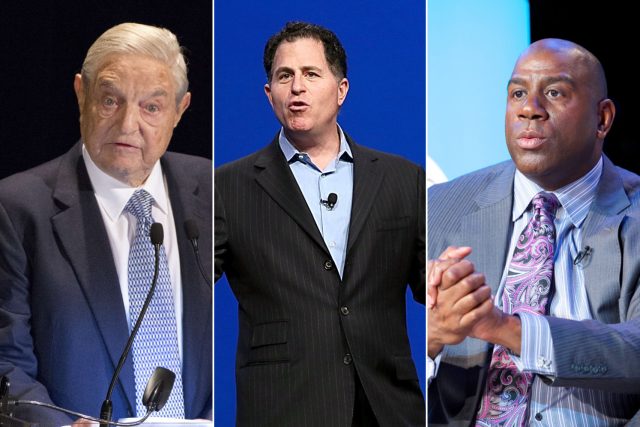 atgfx2019-05-06T10:15:54-04:00
Billionaires George Soros and Michael Dell have been dragged into a nasty lawsuit against former NBA great Magic Johnson over his prepaid credit card, the Magic Card. The moguls are principals of OneWest Bank, which entrepreneur Reed Wallace is accusing, along with the former NBA great Johnson, of stealing his concept for a Magic-backed credit card.
Read more... 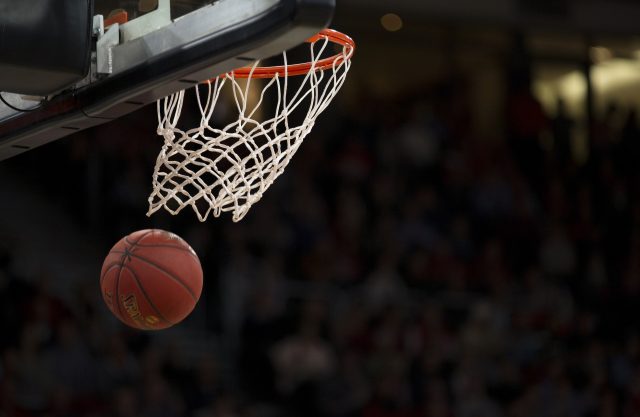 atgfx2019-05-06T10:18:48-04:00
With so many businesses in Magic Johnson's portfolio, there is bound to be a disgruntled partner or two. A pre-paid credit card company is suing the NBA legend for allegedly breaking a deal to create the Magic Cash Card.
Read more... 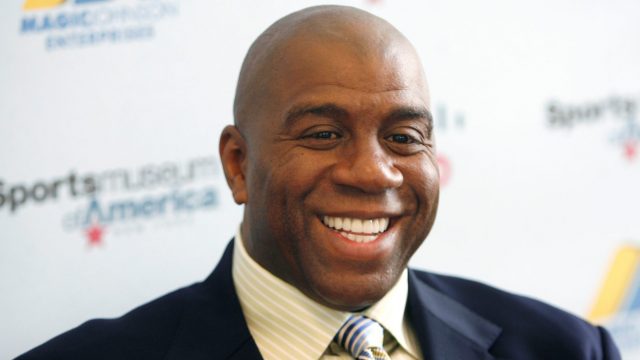 atgfx2019-05-06T10:17:05-04:00
Magic Johnson is the latest A-list star to get into a legal battle over prepaid credit cards in their name. Florida-based Celebrity Cards International filed a suit yesterday in Florida District court claiming the NBA Hall of Famer broke an agreement to market and sell a Magic Cash Card, and in turn made a similar deal with a competitor, OneWest Bank. The suit claims Celebrity Cards’ CEO Reed Wallace struck a deal with Johnson to market the cards with his image, and in 2004 sold 2,000 Magic Cards through direct response ads on TV. But shortly after, wrangling over ownership of the trademark began when Wallace’s company was bought. According to the suit, Wallace was able to reacquire ownership of Johnson’s trademark, but Johnson had filed a cancellation action and partnered with OneWest to release its own Magic Cards without permission from Celeb Cards. According to Celeb Cards lawyer Robert Hantman, “The actions of defendants are so shocking and appalling . . . and so out of character for Magic Johnson that it is hard to believe, but justice will prevail if not ‘by Magic. ’ ” Reps for Johnson did not respond to requests for comment by press time.
Read more... 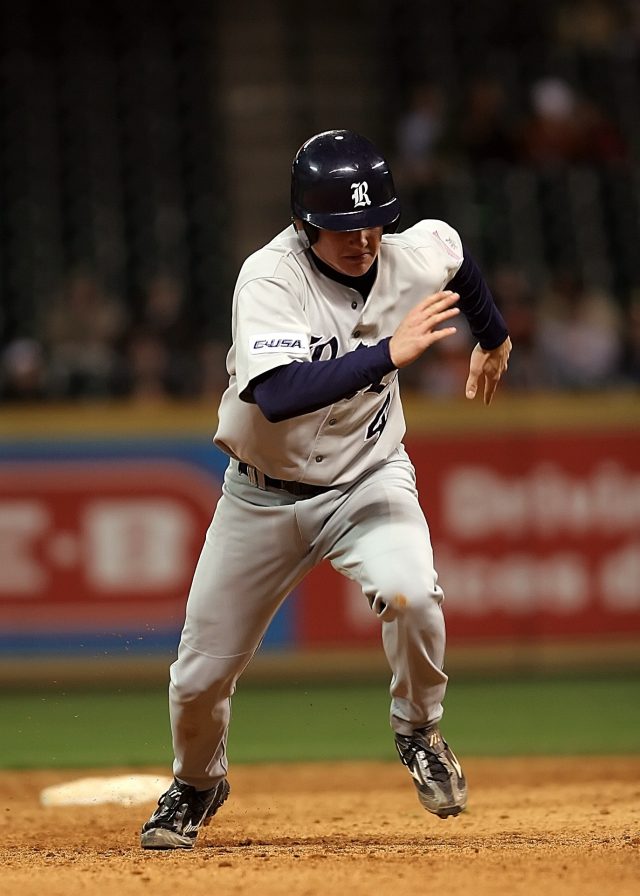 atgfx2019-05-06T10:17:11-04:00
Former Astros slugger Jeff Bagwell was passed over for the Hall of Fame along with Barry Bonds, Roger Clemens and Mark McGwire this month, but he’s emerging as a player in a sleazy and bruising divorce battle between his reported girlfriend Rachel Brown and her estranged hubby, hand surgeon Michael Brown. The Browns’ strange and scandalous breakup has shocked Houston, where Bagwell played during his entire 15-year career, and brought to light Bagwell’s relationship with Rachel.
Read more...
Prev1234…6Next